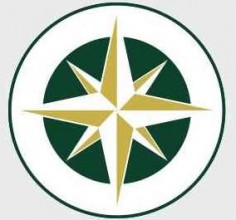 I am a pretribulationist.  I think my main reasons for being so are theological, in particular the covenantal issues concerning the nation of Israel are a central concern to me.  But I am not pretribulational because I adopt a form of theological hermeneutics (now so fashionable in some quarters).  I have already made it clear that rapture scenarios cannot (in my opinion) rise above a “best explanation” conclusion.  That is equivalent to a C3 in my Rules of Affinity.  It will just not do to conflate Israel’s restoration promises with the future of the Church.  The Body of Christ needs no restoration.

Frequently these passages come nestled within covenantal contexts, indicating the purposive current of God’s greater plan for the nation is still at work.  The point is that there is a lot of expectation built up for Israel to run into a distinctive time of affliction.  This time of woe precedes the coming again of Jesus Christ, as is shown in Matthew 24 and Mark 13.

I have already commented on the Israeli focus in tribulation texts in the Book of Revelation.  If we isolate those passages which speak about a three and a half year period (corresponding too closely to Daniel 7:25 not to be intentional), we find this pattern:

Revelation 12:1-6, 13-14 – I have given reasons for identifying the woman as Israel (Pt. 6).  Incidentally, I view pretribulationist attempts to make the “man-child” of 12:5 the raptured Church as highly unlikely.

The scene is decidedly Jewish and nationalistic.  The Church is conspicuous by its absence.  So if we tie these time references to the last part of the Seventieth Week we should not expect to find the Church there, thus avoiding an Israel/Church mixture which interferes with covenantal expectations.  And if the link between these texts and “the time of Jacob’s Trouble” in Jeremiah 30:6 is sound, one again would expect Jacob (Israel) to be the subject, not the Church.

The seventy weeks have to do with the Jews.  We cannot spiritualize the phrase “your people”
(v.24) into a spiritual Israel inclusive of the Gentiles without doing violence to the plain sense of the passage.  For example, the destruction of Jerusalem, spoken of prominently in the prophecy, deals with Israel the nation.  And yet, since in the seventy weeks the goals listed in verse twenty-four were to be accomplished, the seventy weeks cannot have enturely elapsed, for the finishing of Israel’s transgression, the purging of her iniquity, and the bringing in of her everlasting righteousness have not reached completion.  Paul writes of these as still in the future for Israel (Rom. 11:25-27). – Robert H. Gundry, The Church and the Tribulation, 189

The (non PD) pretribulational position is the only one which does not confuse Israel with the Church.  Hence, it is the only position which confronts the covenantal promises to national Israel squarely as direct (C1) propositions, conceding no appreciable “propositional distance” between the covenant promises and the inferences which can be based upon them.  Posttribulationists do not have much regard for Israel/Church distinctions, since they admit a good deal of their brand of typological interpretation and supercessionist thinking to make sure the problem doesn’t arise.  Midtribulationists and PreWrathers speak of a separation of Israel from the Church, as do Progressive Dispensationalists, but they eventually collapse everything down to the concept of “the one people of God”.  This just ends up looking like a case of beating around the bush to arrive at much the same place as the posttribulationist.

But the idea of more than one people of God looks to be clear cut if all the direct statements of Scripture’s eschatological prophecies are allowed to stand unchallenged.  It is on these exegetically derived premises that the theological issues ought to be determined.  We must, at every juncture, ask, “what does it say?”  Context must speak with decisiveness.  The modern ploy of pushing out the context so that it envelops the whole Bible is palpably ridiculous to anyone familiar with and scrupulous about word meanings.  Context cannot mean non-context.  That is not how progressive revelation works.

In Part One I mentioned how Ben Witherington had explained the rapture in 1 Thessalonians 4 as the entourage going out to meet the returning Christ in line with the custom of the day.  But there is a problem.  The Church is not an entourage, it is the Bride.  One wonders why such a brilliant scholar doesn’t make the distinction.  At least a part of the answer is because he cannot conceive of more than one people of God.  I have elsewhere argued that not only does God like variety but the ‘three-in-oneness’ of “The Triadic People of God” pattern which emerges from tracing the flow of the Biblical Covenants seems completely consonant with scriptural revelation.

6 thoughts on “Trying to Get the Rapture Right (Pt.9)”